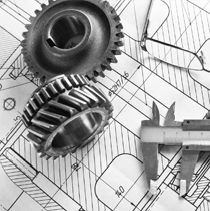 We specialise in the complex design, installation, and on-going management and maintenance of Direct Expansion Air Conditioning also known as DX cooling for fresh air ventilation.

A direct expansion air conditioning (DX) system uses a refrigerant vapour expansion/compression (RVEC) cycle to directly cool the supply air to an occupied space.
DX systems (both packaged and split) directly cools the air supplied to the building because the evaporator is in direct contact with the supply air,

Expansion refers to the treatment of the refrigerant (a valve reduces its pressure and temperature) prior to it entering the evaporator.  DX systems can come equipped with all the components in the unit (packaged system) intended for installation on the rooftop or by the side of a building; or it may have some components installed inside the building and some outside (split system). DX systems require a ventilation fan to distribute the cool air and resupply/re-circulate it.

A  RVEC cycle has four basic components; an evaporator, compressor, condenser, and thermal expansion control device. The evaporator (located inside the supply air ductwork) absorbs heat through the process of expanding the refrigerant flowing within it. The refrigerant then flows to a compressor which compresses it causing it to condense in the condenser and release the heat it removed from the supply air. The condensed liquid refrigerant then flows through the thermal expansion control device which controls the flow and pressure of the refrigerant back into the evaporator.